Bitola city: Bitola is a city located in the south-western part of the country, at an elevation of 630 meters above the sea level. It has about 100.000 inhabitants and is located 170km southwest from the capital Skopje, (157km from the Skopje airport), 80km from airport Ohrid, 16km from the border with Greece and 244km from the Thessaloniki airport.

Flights to Ohrid airport: Ohrid airport is approximately 6km from Ohrid and 80km to the conference venue. We expect to have more charter flights to/from other European cities offered by several other companies in the near future. City of Ohrid is reachable by taxi from the airport for around EUR8.

Transport Ohrid – Bitola: Bitola city is reachable by taxi from the Ohrid airport for around EUR28. We can provide you with more informations, if requested.

Flights to other nearby airports: Thessaloniki airport in Greece is well connected to other European destinations, but unfortunately, there are no direct connections to Bitola. It is possible to get from Thessaloniki to Skopje, by bus or by train. Traveling by bus is recommended as it is much faster.

This Conference is supported by the European Platform of Transport Sciences 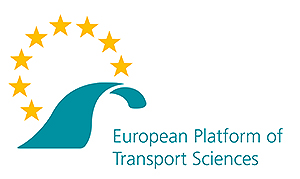